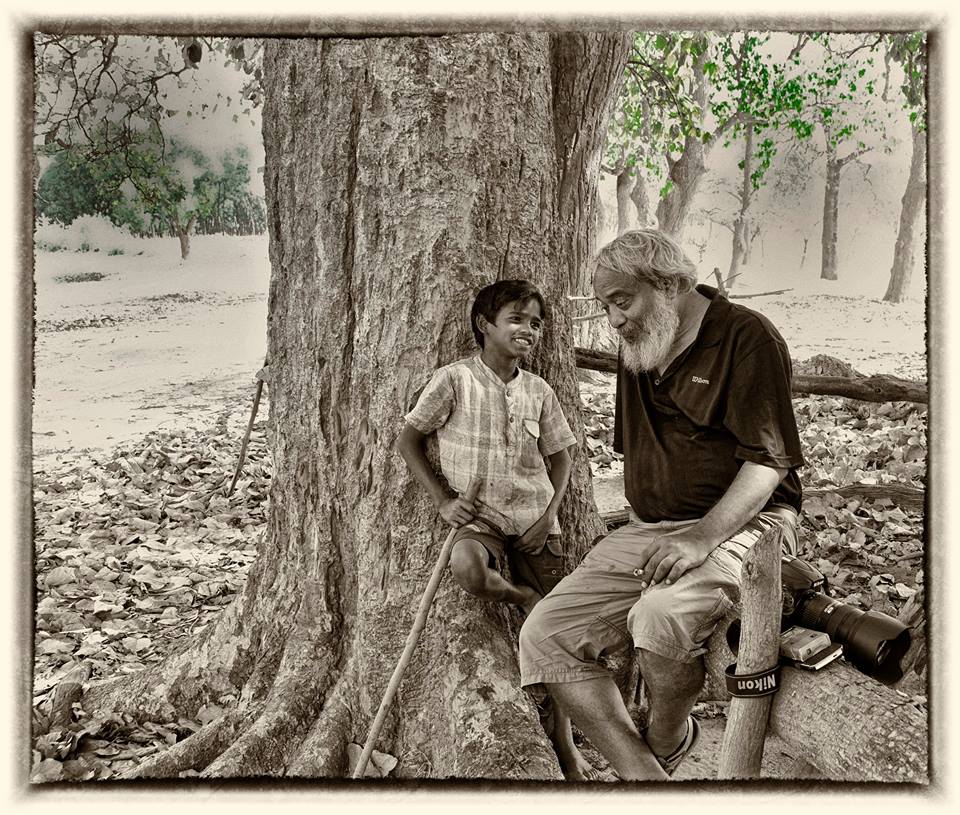 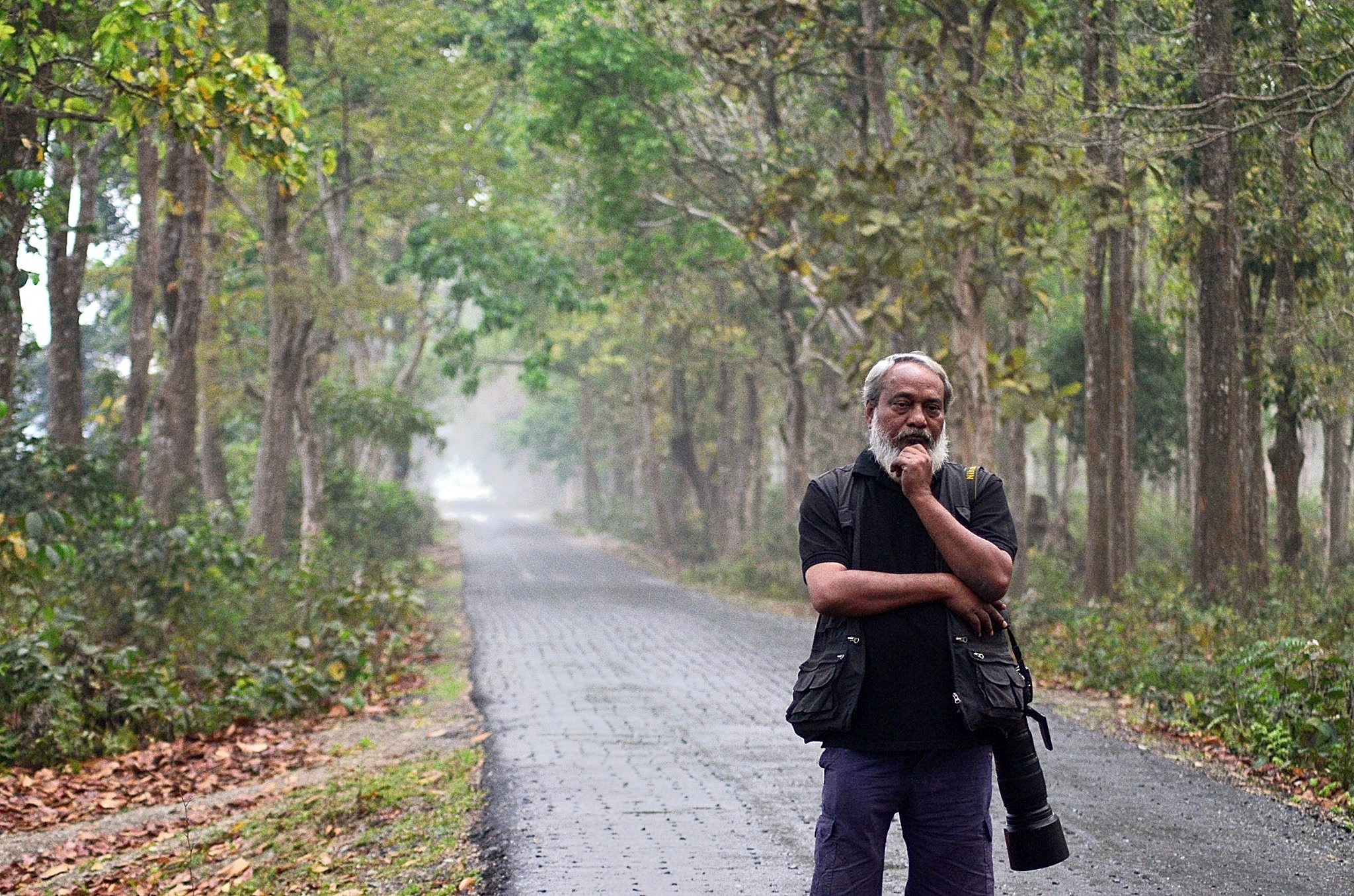 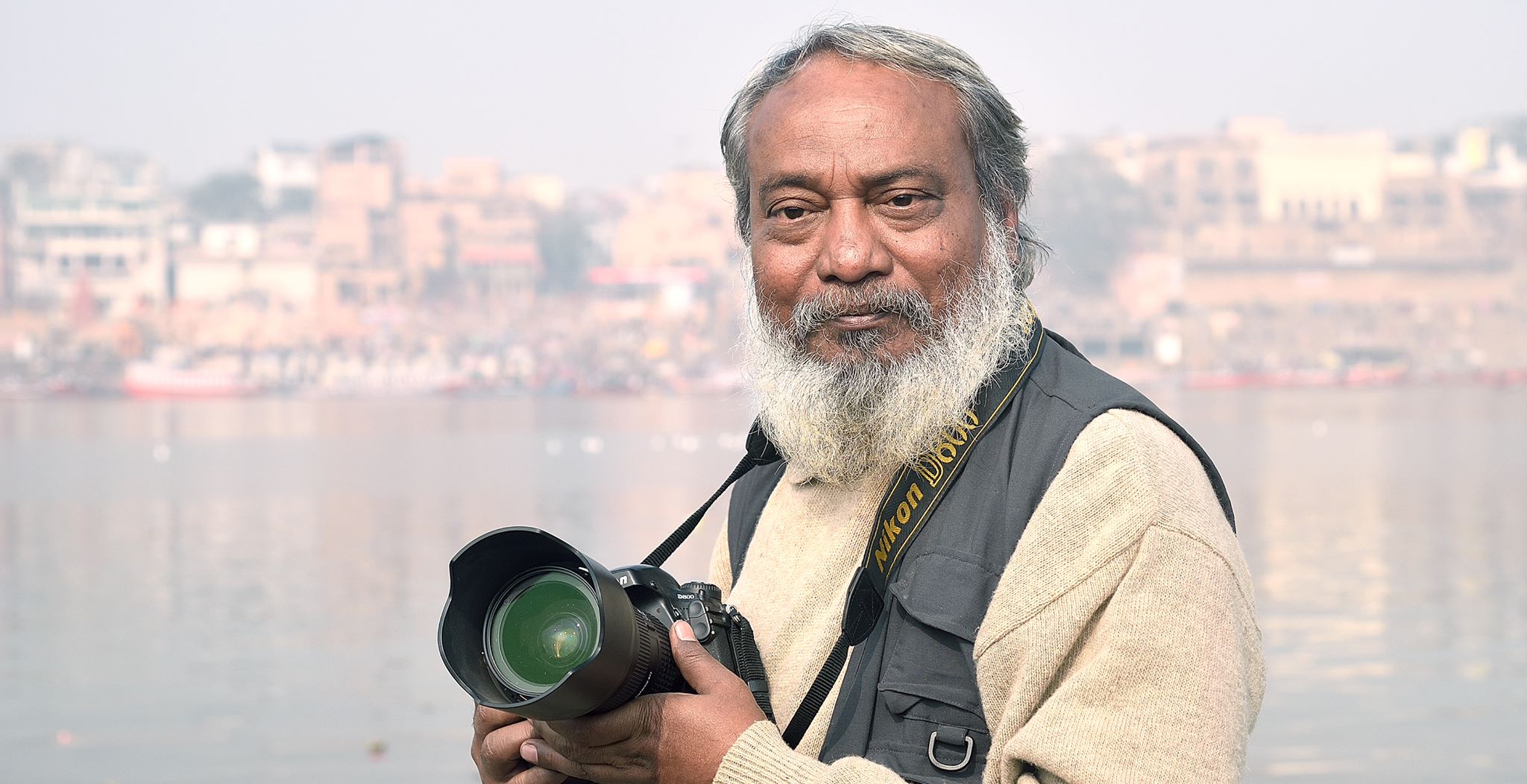 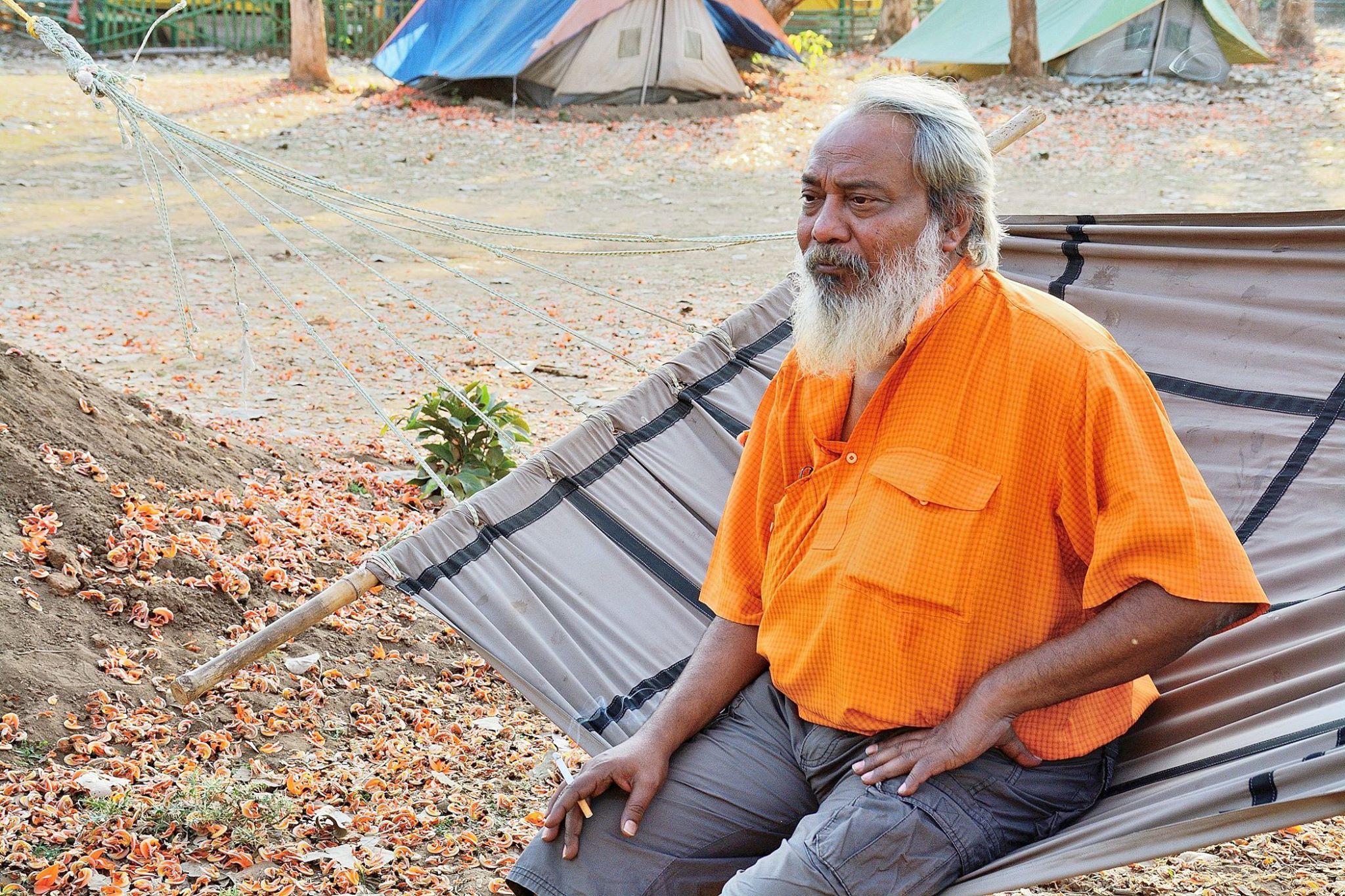 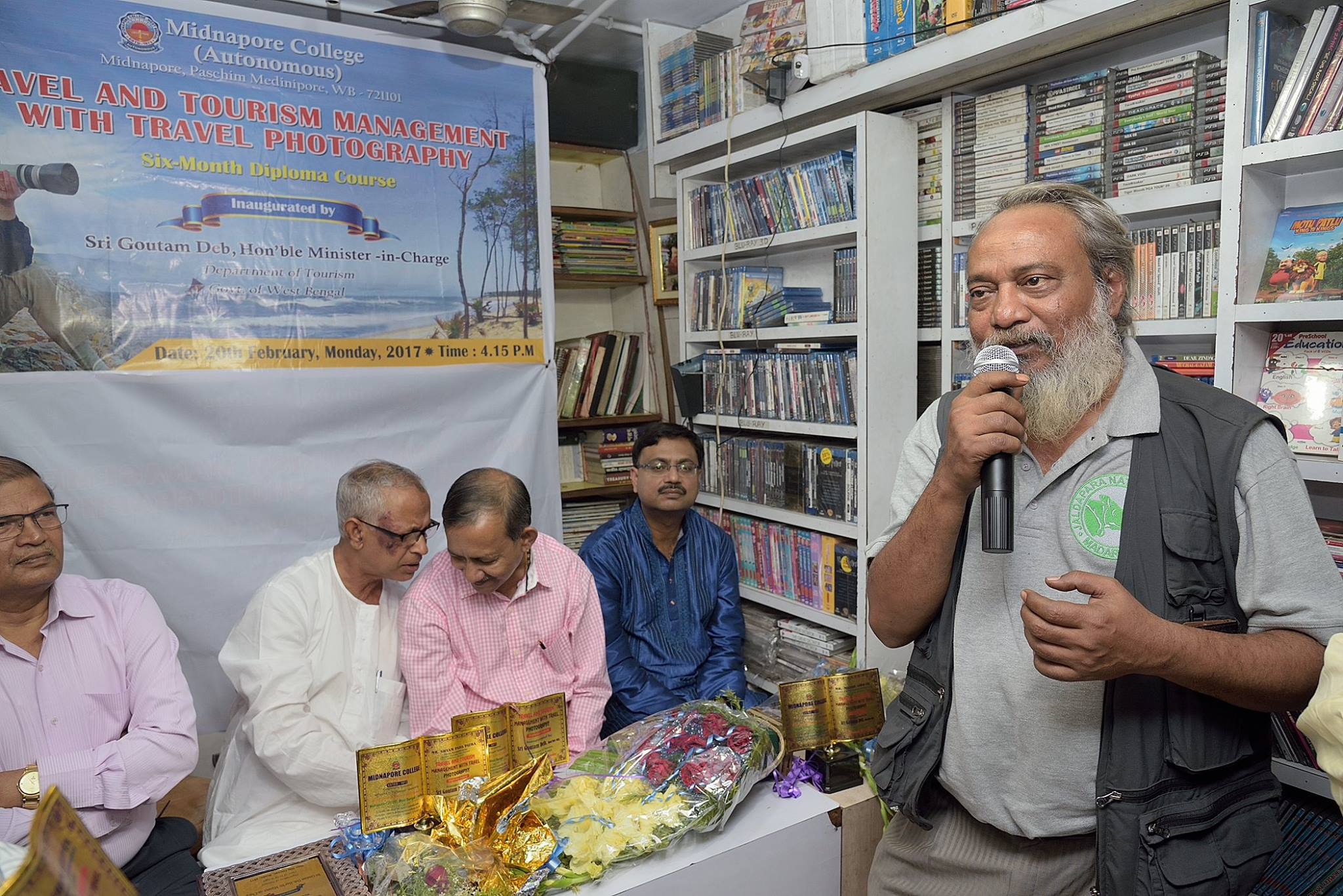 Born in 1961, MADHU SARKAR was still in his tender teens when he identified photography as the medium of his artistic expressions. His early exposure to various forms of art and their exponents influenced and nurtured the seeds of artistry that was already within. And over the years, his relentless efforts towards mastering his chosen medium have made him a creative photographer of repute.

Crises are nothing unusual in an artist’s life. And a significant phase of MADHU SARKAR’S career is marked by an intense struggle against severe odds. But refusing to resign, he stood resolute against the tricks of circumstances. This reinforced his confidence and sharpened his insight into life like the edge of a razor, teaching him to draw from the vast reservoir of strength and inspiration latent in him.

The photographic works of MADHU SARKAR are characterized by a unique blend of gloom and grandeur, captured adroitly by the artist’s remarkable sense of form and content. Photographed with a burning passion and spontaneity, his creations are a true reflection of his times, interpreted and coloured in the light of his own subjectivity.

Influenced particularly by socio-political turbulence in West Bengal in the 1970s, his repertoire represents one of the finest portrayals of the strange fear and pathos that arise out of the struggle between human sensibilities and a rapidly changing ideology. MADHU SARKAR has successfully made use of some striking surrealistic imageries. Often transcending the parameters of grammar and attempting to explore beyond the limits of ordinary human consciousness.

Art is that form of emotional sensation where we can always enjoy and grasp it’s beauty and depth even in the absence of the artist. The spirit of that particular form of art quickly gives us a sense of ecstasy, which is beyond explanation. True art never goes without a quick sense of spiritual quality. And after visualizing a form of art we can always immediately come to know about a particular society that is, its creative entity and its artists. The profundity of a society is related to its art and creativity.

His media is photography. Like all other visual art there is no exception depending on seeing things in a fresh way and then being able to transform his awareness into the final image with sufficient skill to realize his vision.

The essence of photography is in the expression of emotions like any other art, which has no limitations. He also expresses those emotions, which share with the mass, and not those which are his own emotions; and he is well aware that he is not only a communicator; he is concerned with something else.

The real desire to create something has to be distinguished from the desire to create something with a hidden and disguised communicative potential. The Photo-Artist says what the mass want to say, but are unable to do so without his aid. In this sense his relation to the mass is not merely a by-product of his aesthetic experience but an integral part of this experience itself.

This is something more than communication from him to the mass; this is collaboration with his beholder that is his “CREATIVITY”.

(The International Federation of Photographic Art) of FRANCE

2011 – for the OUTSTANDING CONTRIBUTION to the DEVELOPMENT and PROGRESS of the PHOTOGRAPHIC ART (Hon. TAMA) – CYPRUS

2015 – Honorary Fellowship of PAKISTAN SALON GROUP OF PHOTOGRAPHY (Hon. F.PSG) – PAKISTAN for Personal Achievements and Services Rendered for the Advancement of “Photographic Art”.

2018 – Diploma of Appreciation “From Cyprus and China with Love and Friendship 2018” to build bridges of LOVE, PEACE and FRIENDSHIP all over the Globe through Communication of the Magical Universal Language of Photography.

2018 – Honorary Diploma of WORLD OF PHOTOGRAPHY GROUP (WPG) – SOUDI ARABIA, in recognition of personal achievements in international photography and extensive contributions to the advancement of photographic art.